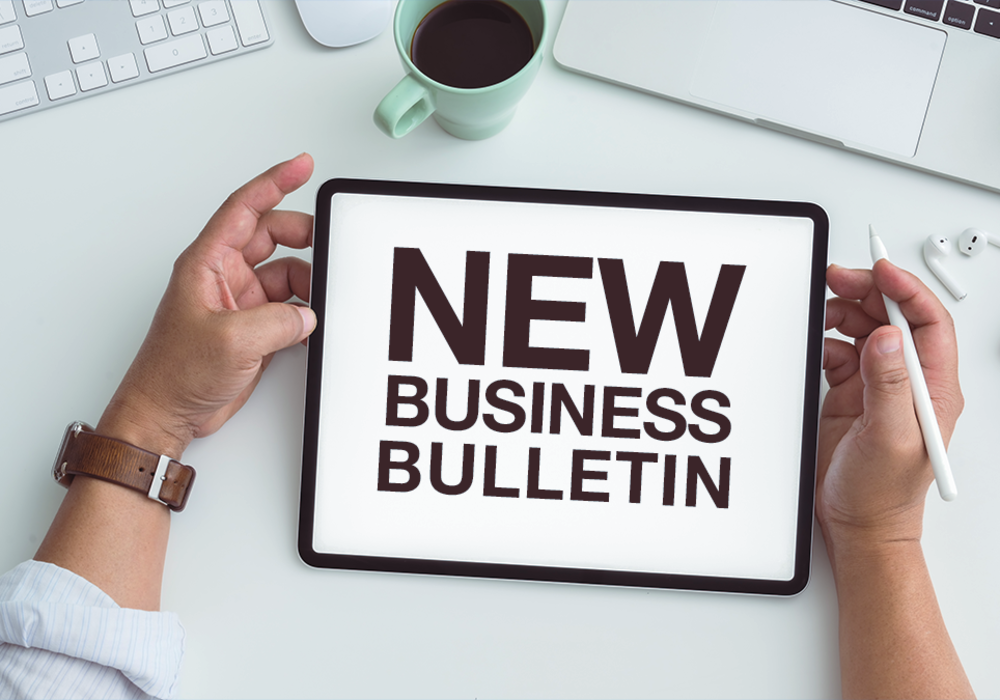 The Remarkable Group International has announced the acquisition of Ultimedia, a digital build specialist, positioning the Group as the go-to digital experience platform (DXP) specialist.The acquisition was motivated by Ultimedia’s 20 years of experience, engineering skills, and impressive roster of enterprise clients which has included Co-Op, the NHS, and Bestway. Its prowess includes Optimizely’s Commerce and Content Cloud combined with its Optimisation, Experimentation and Customer Data Platform too. All now form part of the Remarkable Group’s expanded offering to customers.

While it might feel like Christmas preparations start earlier and earlier every year, this dynamic has become a reality for retailers in 2021 with warnings of supply chain disruption, panic buying, and fears of festive lockdown restrictions leading to an earlier-than-ever shopping season. That’s according to new Braze data, which reveals that nearly half (45%) of UK shoppers are planning to complete their 2021 Christmas shopping earlier than previous years, by an average of one week. Half of those shopping earlier are aiming to finish everything by December 12 and a quarter by November 30. This early shopping is being driven by the widely publicised warnings about supply chain disruption (31%), the risk of delayed deliveries potentially keeping Christmas gifts from arriving on time (35%), and fears of new lockdown restrictions ruining celebrations (31%).

Behind the scenes, a new bespoke digital content series, hosted on Hollyoaks’ social channels will feature members of the Hollyoaks cast providing fans with exclusive access to their on-screen wardrobe to see how outfits can be chosen and sourced in a thrifty and more conscious way.

Xiaomi has launched the new Xiaomi 11 Lite 5G NE smartphone in Europe with a bold regional marketing campaign that put the Xiaomi fans in the spotlight. The ‘New Talent’ campaign ran across six countries including UK, Italy, France, Germany, Spain and Netherlands, and invited members of the public to put themselves forward to be the star of the marketing promotion. The competition saw more than 300 people enter from across the six countries by sharing a photo to their social media and explaining why they wanted to represent Xiaomi. The shortlisted candidates were then invited to a series of professional photoshoots taking place in different European cities. The 52 finalists had their images and bios uploaded to a special ‘New Talent’ website, where more than 18,000 people voted for their favourite to win. The campaign was supported with promotion across Xiaomi’s social channels including Facebook, Instagram and the Xiaomi community forums – where fans could share, comment and like to show support for their favourites to win. Voting closed for the competition on the 10th October and two winners were announced from each of the six countries. All country winners were then flown to Milan to take part in the final group photo shoot for the Xiaomi 11 Lite 5G NE advertising campaign, which launched at the end of October.

NextPlay Technologies, Inc. (Nasdaq: NXTP), a digital business ecosystem for digital advertisers, consumers, video gamers and travelers, has announced it is seeking partners to power a suite of digital stable coins.  NextPlay’s suite of coins will be built on top of recently acquired enabling technologies from Token IQ Inc. and enabled by NextPlay’s Longroot and NextBank units. The suite of coins will cover a broad array of assets including various fiat currencies across a group of crypto chains with the goal of maximizing both the fiat and digital currency interoperability.  With this goal in mind NextPlay is soliciting information from technology, banking, exchange, and digital chain partners. Initial use-cases for the stable coin span the breadth of NextPlay’s operations including video game currency, in-game advertising, travel and travel-related offers as well as banking, investment and payments.  Once established the coin suite will be offered to the general public and to partner exchanges.

NextPlay Technologies, Inc has also announced the closing of its previously announced registered direct offering with certain institutional investors, pursuant to which the Company sold approximately $30 million worth of its common stock and warrants. Under the terms of the securities purchase agreement, the Company sold approximately 18.98 million shares of its common stock and warrants to purchase approximately 14.24 million shares of common stock. The warrants will be exercisable beginning May 1, 2022, have an exercise price of $1.97 per share, and will expire five years from the initial exercise date. The purchase price for one share of common stock and three-fourths of a corresponding warrant was $1.58. The Company intends to use a portion of the net proceeds of the offering to pay down the balance of certain existing indebtedness of the Company, and the remainder for other working capital and general corporate purposes.

Globally, more than a quarter of consumers (28%) believe the majority of businesses they purchase from are not doing enough to combat climate change. What’s more, 85% of consumers have changed their mind about purchasing something from a company because they felt it did not do enough about climate change. This is according to the new “People, Planet, Data: Why Climate Change Action and CSR Have to be Data Driven” Study by Exasol, which indicates that climate inaction is now a huge risk to business. In fact, more than half (55%) of CSR decision makers at retail organisations believe that if their companies fail to act on this, their business will no longer exist in 10 years.

Ogury has announced the launch of Header Ad, a premium mobile format, which ensures full-creative visibility while respecting user experience. Ogury’s new ad format is mobile-native, and blends unobtrusively with the header of the mobile website page. This enables marketers to engage users without disrupting their content consumption. Header Ad appears instantly at the top of the mobile screen, and resizes once users start to interact with the content on the page. As users scroll down, Header Ad downsizes to 100 pixels and when the ad comes to an end, it collapses. Users can also expand the ad in full screen mode, or they can simply close the ad via an exit button. As with all Ogury formats, users are given choice and control over their ad experience.

Asda has partnered with RangeMe to ensure buying teams have access to thousands of the most relevant products their customers demand. Through RangeMe’s global sourcing platform, Asda is aiming to increase the number of new and innovative products available in stores as it seeks emerging suppliers. Asda is the first of the big four grocers to join RangeMe since the platform launched in the UK last month. This gives Asda an opportunity to grow its supplier base while RangeMe firmly plants its flag in the UK. Asda recently announced it will launch a supplier incubation programme, aimed at supporting more emerging brands, discovering innovative products and working with suppliers who might not come from a ‘traditional’ retail supply base but can offer something different to customers. The programme will utilise RangeMe to help source products, giving suppliers a front-row audience with one of the biggest names in retail.

Fintech business insurance startup Nimbla has announced a £5.1m funding round led by Silicon Valley venture fund Fin VC with participation from Barclays Bank. The funding comes as Nimbla seeks to scale its operations with increased demand from embedded credit risk solutions through its API with banks and alternative lending platforms. On investing in funding round Henry Cashin, Head of EMEA at Fin VC, commented: “Nimbla is giving businesses the confidence to trade again. They have a proven credit risk model and its tech is being adopted by top tier banks and a host of lending platforms. We believe this will scale their reach and help more businesses benefit long term”.

Spanish financial institution CaixaBank has partnered with B2B2C insurtech platform bsurance on a project to create and test new embedded life insurance products. The collaboration is part of CaixaBank’s open innovation program Innsomnia. bsurance was selected alongside seven other startups from different industries to help create and test new products and solutions for CaixaBank. For the PoC, bsurance is working with VidaCaixa, CaixaBank´s insurance branch, to integrate a first digital insurance product from the VidaCaixa portfolio. This will enable CaixaBank customers to add tailored life insurance products online at the point of sale. Not only does this increase the number of products offered to customers, by integrating them at the point of sale, it enables consumers to quickly and securely purchase appropriate insurance products.

BetterCommerce has acquired Indian-based AI start-up CanisHub that specialises in personalisation and marketing automation solutions for ecommerce businesses. The new capabilities gained through the acquisition have enabled BetterCommerce to launch BetterEngage, a new AI-powered solution that delivers cognitive recommendations and hyper-personalisation at scale. BetterEngage will allow brands and online retailers to build consistent and targeted omnichannel experiences across all their channels and touchpoints. The hyper-personalised communication will enhance conversion rates and revenue. BetterEngage also addresses the ‘Cold Start Problem’ faced by retailers as they look to serve recommendations to first-time buyers.

Metapack has announced that it was selected to run global shipping and returns services for Nespresso in order to enhance its consumer experience. The partnership will see Metapack’s Delivery Manager, Delivery Options, Delivery Tracker, Delivery Intelligence and Returns Portal implemented across Nespresso markets. Metapack will provide Nespresso with a global standardised suite of products as it streamlines delivery and returns operations around the world. Metapack will also remove the complexities around carrier integrations and management for Nespresso. Through its shipping API, Metapack will manage and maintain integrations and provide Nespresso with access to its vast library of carriers and delivery services.

North Coal Limited (the Company or North Coal) is pleased to announce its collaborative partnership with Circulor Ltd (Circulor) to establish full Metallurgical Coal (Met Coal) traceability and dynamic CO2 and environmental, social and governance (ESG) tracking for its North Coal Asset in British Columbia, Canada. Following on from a recent joint investigative project, North Coal will be implementing Circulor’s solution to allow its future market products to transparently demonstrate sustainability performance for ethical sourcing, CO2 emissions, and other key ESG performance metrics (e.g. indigenous engagement and water quality). Circulor’s solution will be used during North Coal’s development phase stage by tracking Met Coal samples from its Michel Project to initial offtake customers and through to end users, such as the construction or automotive sectors. This will be scaled up and made available to all customers once full production begins in 2025.