How do marketers feel about ‘test, track and trace’ and its impact on consumers?

By David Eldridge, CEO of 3radical.

Over half (57%) of marketers believe ‘test, track and trace’ tech will negatively impact consumer willingness to share personal data, according to new research from the Data & Marketing Association (DMA).

Comparing DMA’s recent finding to those of its May study, it’s clear that those surveyed believe consumer trust in how the UK government uses personal data is falling rapidly and as it does, so too does trust in how brands use personal data.

The research findings came before news broke that the Open Rights Group (ORG) said England’s test and trace programme had been unlawful since it began on 28 May – having broken General Data Protection Regulations (GDPR).

How personal consumer data is handled has long been a hot topic. People today are much more aware of the value of their data, and regulation has been playing catch-up. Marketers are facing a very different world when it comes to obtaining and using personal information.

‘Earned Data’, the kind volunteered by customers to genuinely improve the service they receive, is often viewed as the most valuable and the future of brand/consumer relationships and that requires trust built on mutual value exchange.

“Businesses rely on consumer confidence and trust; without which they are unwilling to share their data with organisations. It’s concerning to see the level of negative feeling toward the government’s handling of the ‘Test, track and trace’ rollout. If not resolved, this could have a lasting impact on our industry and the long-term health of the digital economy,” says Chris Combemale, CEO of the DMA.

It could. It could also exacerbate existing scepticism and accelerate consumer demand for new approaches to data collection and management.

John Regan, CEO of mymyne commented recently that, “awareness of personal data and how it’s used has been raised by the debate around track and trace, so earned data and authentic ‘data relationships’ are of increased importance.”

Therein lies the crux of the matter for me; these systems are undoubtedly raising awareness of the issues at play. If ‘data relationships’ weren’t front of mind before, they should be now!

The whole ‘test, track and trace’ situation is of course highly nuanced, and concerns around how they collect and use data come at a time when people are increasingly critical of the government’s handling in general of the coronavirus pandemic. Would the same concerns exist if it were the other way around? And then there is the incredible uniqueness and sheer gravity of the situation at hand. When Education Secretary Gavin Williamson was questioned about possible GDPR violations on BBC Breakfast, he said, “I think your viewers will understand that if we are to defeat this virus, we do need to have a test and trace system and we had to get that up and running at incredible speed…” The government has reportedly now ‘admitted’ its test and trace programme breaks GDPR.

For me though, this is just reinforcing where we were already heading; people are becoming increasingly aware of their legal ‘right’ to privacy, and ever more discerning about the brands they do and don’t want to deal with. It simply doesn’t pay to get this wrong! If brands want to earn and retain the trust of their stakeholders, they’re going to have to prioritise earned data and that requires explicit permission, consumers proactively ‘opting in’ and transparency about how their information is going to be used. 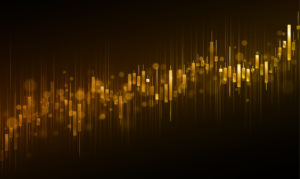 A new analysis from international marketing intelligence service WARC has found that media inflation is driving up the cost of advertising across channels, with TV most affected… Advertisers advised to ‘keep it light’ this Christmas