Alexis Faulkner: why adaptability and resilience are so vital in digital media

Earlier, I saw a meme asking if we can unplug 2020, wait 20 seconds and plug back in. It certainly feels like if that classic IT fix could help us now, we’d all be waiting at the socket for a much-needed reset. Between forest fires, Iran/US tension and now the COVID-19 pandemic — it’s fair to say we’ve had a bumpy Q1.

From now on, Mindshare, like most other companies, is working from home. While we know our tools and systems work remotely, it’s somewhat of a trial for the whole of the UK and WW teams to be having to do so at the same time.

Watching our ‘Business Continuity Plan’ kick in has got me thinking about the two core traits I believe will become essential over the next several weeks but also to our future workforce generally: Adaptability and Resilience.

One of the challenges for teams in the digital space is keeping up with the pace of change. While traditional media has largely had the same buying model for the last 20   years plus, digital just doesn’t stay still. The changes have impacted every area of media, from consumer behaviour online and the tools we use, to the data we can see or the ethics on how we use it.

Keeping up is a challenge, whilst my dad’s job running a factory remained pretty similar for 50 years, my role in media has been more changeable; moving companies and constantly adapting skillsets. Today, the most successful people I see have less of a job spec and more of an ongoing evolution of capabilities focused towards growth goals.

We see this debate played out on industry panels about AI. I’ve heard viewpoints that planning tools will replace teams, or that optimisers will cease to exist as algorithms mature.

The truth I suspect will be more nuanced — those who understand planning will need to guide the input to AI machines (which in themselves are still a pipe dream currently), and as humans are naturally inquisitive, we’ll need to interpret the outcomes for those who don’t specialise in these systems.

Those who optimise now may build the next algorithm script or be released to work out how the data we feed into the learning isn’t biased.

I sometimes worry whether we, and younger generations, are able to adapt at the pace of change. I find my parents have struggled more with technology changes (my mum had to come off Facebook after the stress of thinking she had to reply to every post she saw) and I wonder, as we age, are we likely to fall prey to the same issues and be unable to adapt.

However, an industry friend recently pointed out to me that our own and younger generations have been primed our whole lives to adapt not just to technology but cultural and perception changes.

This isn’t just an ability to understand the new, it becomes a skill to be able to adapt, one that is already inbuilt into many younger digital natives.

So whilst we’re all responding to the latest crisis, we can all focus on adaptation – whether in our micro daily routine or macro business or cultural events.

After all my musings, I think the workforce of tomorrow is pretty well placed to do it. 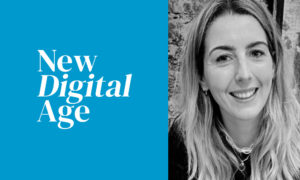