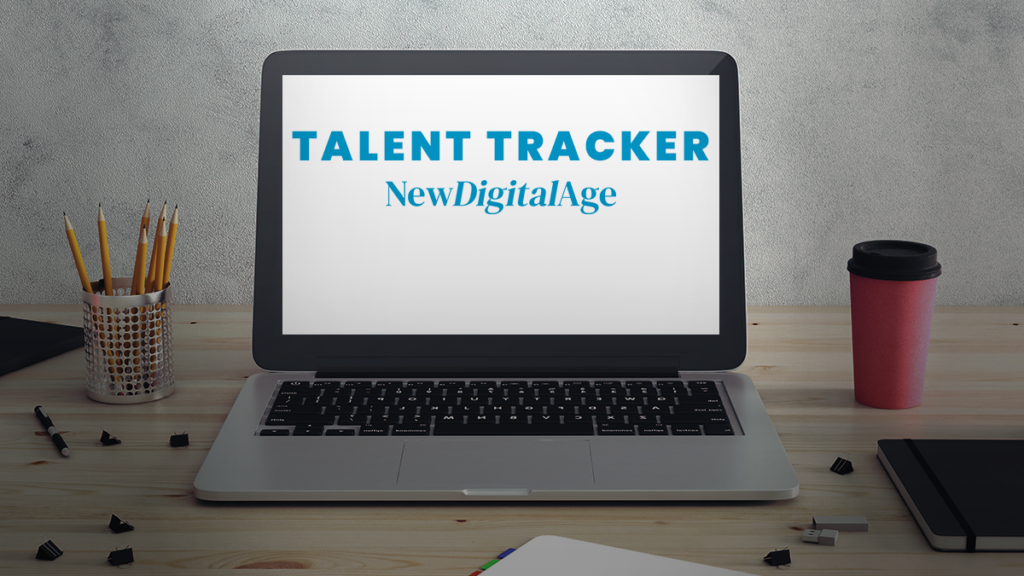 Independent media agency Electric Glue has appointed leading media executive Pippa Glucklich as CEO and partner. In her 25+ year career, she has held senior roles at Starcom, Initiative and was part of the senior leadership team at independent media agency, BLM, which sold to Havas in 2008. Glucklich stepped down as CEO of Amplifi UK, the investment and content platform of Dentsu, in December 2019. Highly-regarded Glucklich is a past president of female leadership club WACL and has taken on several consultancy roles since leaving Dentsu, including joining the board of Mind UK and non-executive chair at freelance talent business, Liberty Hive. She is also a longstanding trustee of industry charity NABS.

Outreach has announced Ralph de la Vega, an experienced executive with a history of leading global technology organizations, has joined its board of directors. De la Vega has significant experience leading high-growth, global enterprises and advising burgeoning startups. He is the former Vice Chairman of AT&T Inc., where he was responsible for all of AT&T’s global business operations. De la Vega also held roles as CEO of AT&T Mobility, COO of Cingular Wireless, and President of BellSouth Latin America. Currently, he is the founder and chairman of the De La Vega Group, an advisor and investor to early-stage companies. He serves on the boards of American Express Company, New York Life Insurance Company, and Amdocs Corporation.

8×8, Inc. an integrated cloud communications platform, has announced the appointment of Amritesh Chaudhuri (Amrit) as Executive Vice President and Chief Marketing Officer. Chaudhuri is a recognized leader in the cloud industry, known for taking cloud and SaaS solutions, including contact centre and communications, to market both in the enterprise and the SMB space. Most recently, Chaudhuri led marketing at RingCentral. Previously, he led marketing for Oracle’s Cloud Platform portfolio and was responsible for setting the leadership vision and execution strategy to drive growth and adoption for Oracle’s PaaS and IaaS services.

Mobile industry thought leader, Ben Phillips, is to join TabMo as the company’s first Non-Executive Director (NED). Phillips has spent 17 years working in the mobile advertising space, from creative platforms and technology to developing and activating mobile and digital strategies for global brands; he has won various awards, including five Cannes Lions, in the process. His career-path includes five years at the UK’s largest media agency MediaCom as Global Head of Mobile, spanning the period of the channel’s widespread expansion and adoption. This was followed by the role of Vice President of strategic accounts at mobile location data company, Blis, where Phillips worked with agencies and brands direct to overcome challenges and drive return on their advertising investment.

Darktrace, an autonomous cybersecurity AI company, has announced that Sir Peter Bonfield CBE, FREng has agreed to join the Board of Directors as a Non-Executive Director. Sir Peter Bonfield has more than 50 years’ experience in the international technology sector, leading businesses in the fields of electronics, computers and communications. He is currently Chairman of Netherlands-based NXP, Director and Chair of Audit at TSMC in Taiwan, on the Board of Imagination Technologies in the UK and on the US Board of the EastWest Institute, an international not-for-profit think tank. He is a member of The Longreach Group Advisory Board, Senior Advisor to Alix Partners and Board Mentor for CMi. Sir Peter’s prior positions include CEO of BT Group, Chairman and CEO of ICL plc and Deputy CEO of STC plc. He has served on the boards of 12 international companies including Sony, Ericsson and AstraZeneca.

Thought Leadership PR has taken on three new part-time roles, as it expands its areas of expertise. Nellie Khoussousi will be leading all the social media efforts for its personal PR clients. She’s worked on high profile marketing strategies from museums to startups and her own website too. Purvai Dua will be leading on media relations. Like many in the team, she’s a  journalist turned PR, and has years of experience in B2B tech and business PR and digital storytelling. Finally, Cheyanne Greig-Andrews has joined as a PA and researcher to help the team dig deeper into clients’ industries and expertise. She’s worked for content agencies, press and an art studio.

Google Cloud partner CTS has appointed two specialist Chief Technology Officers (CTO). Olivier Van Goethem, who joins from Google Cloud, will become CTO of CTS’s Google Cloud Data and Infrastructure modernisation practice. Van Goethem will work with customers to utilise Google Cloud in the most effective way for their organisations, making the best use of the solution’s data capturing and analysis capabilities. Meanwhile Stuart Cummings, who was previously CTS’s Head of Presales, will become CTO of Work Transformation. Cummings’ role will see him work with customers on their IT strategy to ensure it enables their business to work efficiently and productively, through solutions such as Google Workspace – formerly known as G Suite. CTS says it is dividing the CTO role into two to meet the changing needs of its customers.

PUSH LIVE, a live entertainment technology company, has announced the hiring of Lauren Mellman as Global Commercial Director. Mellman joins from The Smalls, a global video production agency where she was Head of Commercial and Strategy. Prior to her position with The Smalls, Mellman has held roles at Adobe, as EMEA Strategy Lead and The Guardian, where she worked in Alan Rusbridger’s Digital First agency, Guardian Labs, engaging with clients on digital editorial partnerships. In her new role, Mellman will be responsible for expanding the company’s client and partner roster, working with them to realise the full potential of live in the digital space, from audience and brand building to fully integrated and customised monetisation opportunities.

LinkedIn has announced that Janine Chamberlin, Senior Director at LinkedIn, has been appointed to UK Country Manager. Chamberlin takes on the role from Josh Graff, who was recently appointed Managing Director of Europe, Middle East, Africa and Latin America at LinkedIn, and continues in his role as Vice President of Marketing Solutions in EMEA and LATAM. Chamberlin will be responsible for leading LinkedIn’s business in the UK, where it has more than 30 million members, helping them to connect, learn and find new opportunities. Chamberlin will also continue to lead LinkedIn’s Global Client Program for its Talent business.

Amdocs Media’s Vubiquity, a division of Amdocs, a provider of software and services to communications and media companies, has welcomed Piers Godden as Commercial Director for EMEA. Godden has over 20 years’ experience working in the media sector, developing new business, delivering company growth, inspiring and leading teams. Previously, VP Sales EMEA at Telestream, he has also held commercial management roles at companies including Arqiva, IPV and Visual Data Media Services (VDMS).  Godden boasts a strong understanding of the technology and solutions that are being used today by communications, broadcast and production companies. This includes media asset management, video service assurance, content services, encoding and distribution workflows.

Auth0, the identity platform for application teams, has announced that Jameeka Green Aaron has joined the company as Chief Information Security Officer (CISO). Aaron brings more than 20 years of industry experience and will be responsible for the holistic security and compliance of Auth0’s platform, products, and corporate environment. Aaron is a recognised industry thought leader and has dedicated two decades to managing and improving information security systems at each of her previous positions, including Nike, Hurley, Lockheed Martin, and the U.S. Navy. She is also committed to advancing women and people of colour in Science, Technology, Engineering, and Mathematics (STEM) fields and has participated in the U.S. State Department’s TechWomen program and the National Urban League of Young Professionals.

FirmDecisions has appointed Christine Moore to the role of Managing Director for its North America region. She will report to Federica Bowman, global CEO of FirmDecisions. Moore joins FirmDecisions with over 20 years’ of agency and in-house experience in commercially driven roles. Her global knowledge is complemented by an in-depth understanding of the US market and an extensive marketing procurement background. Moore has held roles at the likes of PepsiCo Inc., Interpublic, Dentsu International, MDC Partners and WPP during her career. Moore joins FirmDecisions to help drive new business, working with other regional MDs to build on the extensive list of global, regional and local clients.

Tim Hipperson has been welcomed by Matter Of Form as Chairman. Bringing a wealth of experience and commercial expertise to the board, Hipperson will work alongside our senior management team to grow the consultancy offering and deliver category-leading experience design, technology and optimisation services.  Hipperson has held numerous CEO and leadership positions at WPP, BT, O2 and IPG, with a stellar track record of running and managing strategic business reviews and growth strategies. He holds a number of board and advisory positions in innovative digital businesses and has previously provided strategic consultancy to the likes of Havas, AKQA, Adidas and Deloitte.

VOODOO has strengthened its senior management team after appointing experienced agile software engineer and business analyst Rob Kerr as its Technical Director. Kerr will be responsible for overseeing the future development of VOODOO’s powerful mobile messaging platform, where he will head a team of seven developers as the business prepares to harness the potential offered by the next generation of mobile messaging technology. In a career spanning more than twenty years, Kerr has held senior software development roles where he has helped a diverse range of businesses and public sector organisations to embrace new forms of technology to improve customer experiences.