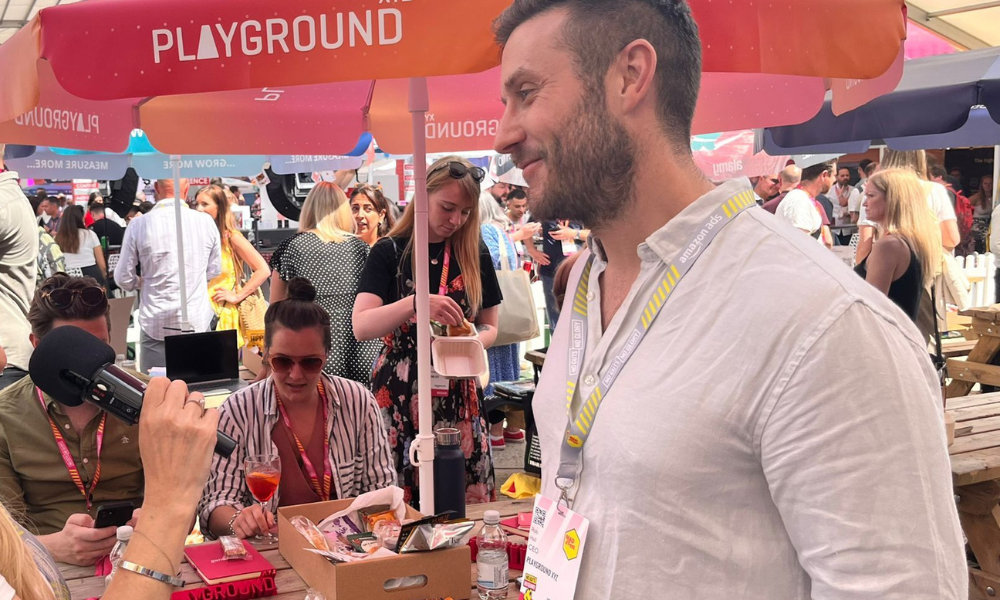 NDA: You were recently acquired by GumGum. What does Playground xyz add to the new joint offering?

Rob Hall: Our legacy is in attention measurement and optimisation. By taking that capability the group gets two things first, it lets us enrich the GumGum product story with attention data, which we think is a game-changer. Second, it lets us take their contextual data to enrich our attention products. So it’s a win/win.

Together, it’s a pretty powerful combination, particularly when you think about GumGum’s contextual intelligence product. They’ve placed all their bets on the rise of contextual, which looks like a pretty great decision when you consider the approaching death of the cookie. We’ve placed all our bets on the future being around the attention deficit and the need to measure and optimise attention. Separately, these are two fascinating topics. Together, it’s like Beyoncé and Jay-Z: one hell of a power couple.

NDA: There’s a whole stage dedicated to attention here at MAD//Fest and ‘attention economy’ is definitely a buzzword in 2022. What does it mean in practice?

RH: The attention economy is a phrase that everyone is using. Underpinning it is the economic theory that while “information noise”, i.e. content and ads, are proliferating at a really quick rate (imagine a curve going up to the right like a hockey stick), consumer attention spans are fixed (a flat line) or, some say, even declining.

What happens in the middle of those two lines is an attention deficit. So we’re entering into this place where there is more content to be consumed than there are hours or minutes or seconds to consume them.

NDA: Is this going to be a catalyst or even a turning point? How big an impact could attention have on the industry?

RH: Well, I’ve drunk the Kool-Aid! But seriously, it could be a seismic shift. How we value a TV, radio, YouTube or Facebook ad is currently based on certain measurement models, where we try to understand the impact of those ads, channels or formats. But what attention data does is revalue all of those assets.

So at the core of media planning and buying, we talk about reach and frequency. But we’re on a journey to replace frequency with attention, and start to understand that we are buying reach and attention from consumers.

This could change the way we value media, build creative strategies and measure performance. It’s not inconceivable that a brand manager’s KPIs will move to delivering a certain amount of attention. Similarly, it’s not inconceivable that publishers are added to or removed from plans based on how well they rate for attention, and that the creative agencies will use this data to change how they design their ads. So, I would say this is a fundamental shift in how the industry works.

NDA: So for brand marketers, which metrics will be key for brand campaigns in the future?

RH: No surprise there – the answer is attention metrics. But what makes it interesting is that they are proxies for something else. So for example, the endgame for Nike is to sell sneakers, while the endgame for Toyota is to sell cars. But what we’re finding about attention metrics is they are better proxies for those outcomes than a lot of existing metrics.

We’re demonstrating that there’s a strong correlation between more attention and more awareness, recall, consideration, purchase intent, website visits, conversions on websites and, ultimately, sales. So, attention as a metric has been quickly adopted as the best thing we can focus on in our digital campaigns.

NDA: So does that mean that attention has taken over from other metrics like viewability? Can it be used in tandem?

RH: Viewability has perhaps been mistakenly used as a proxy for attention up to this point. And now, as attention metrics come to the fore, we start to realise that there is a big difference between the two. So it’s conceivable to think of viewability in the camp of factors like brand safety and fraud.

Marketers should be asking “is my ad fraud-free, bot-free, brand-safe and viewable?” If so, great, because those are preconditions for advertising. But really, they’re more hygiene factors, and I think we’re about to put viewability into the camp of hygiene. Attention metrics live on the other side of the ledger. So once you’ve got the hygiene covered, it’s time to talk about quality. Attention metrics are inherently quality metrics.

So it’s not about replacing viewability; it’s understanding that its role belongs increasingly in a compliance or hygiene mode, and not as a predictor of quality.

NDA: Apart from attention, what other trends are you seeing in brand marketing?

RH: There’s a lot of talk about carbon footprint and emissions. Scope3 have made a big impact in the short space of time with what they’re calling GMP (green media products). I think that’s a topic we’ll hear a lot about here at MAD//Fest and throughout the industry this year.

And then something close to my heart, other than attention, is context. In an increasingly cookieless future, we’re going to need to understand context better and better, and use that as a way to tap into the mindset that consumers are in. Our big play is trying to understand the intersection of attention and context, and that’s something we’re going to be doing lots of this year.

Playground xyz have just released their whitepaper ‘Context, Creative and Attention: Using attention signals as a feedback loop for context-advertisement alignment’ which uncovers a range of insights and actionable strategies for brands and agencies as they seek to get the most out of their advertising spend.

Nano delivers best-in-class digital targeting opportunities to advertisers to connect their brand with relevant audiences at the moment they show intent.

Sage+Archer is a DSP focused on location-driven campaigns around digital out-of-home and mobile.